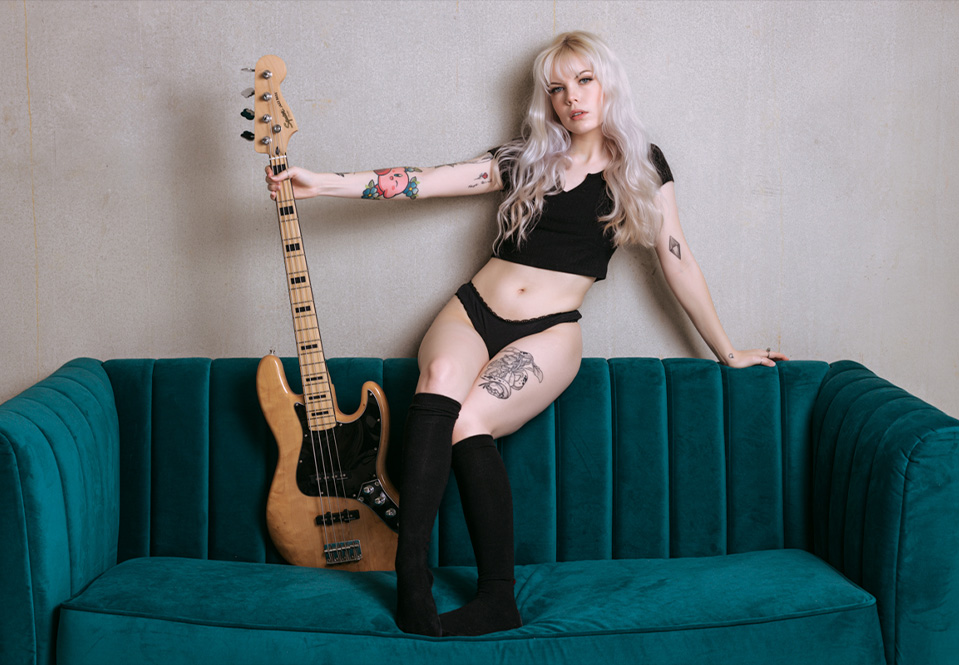 Music is art. The rhythm, the harmonies, the melodies – all of it. Even the distorted guitars cranked up to 11 can have such a dramatic impact on one’s emotions. For some, a life without music would be a whole lot less fulfilling. I have a strong connection with music myself, so nothing brought me greater joy than spending a couple of hours with a fellow music lover.

It all began for Kirby at the age of 12 when she first fell down the rabbit hole and landed on a guitar (no people, rabbits or guitars were hurt in the process). Soon after, the guitar came bass followed by ukulele, which naturally led to singing, and of course can anyone really call themselves a musician without knowing how to play a little bit of piano (or course they can!)?

Describing her own style as grungy/folky, one of her biggest idols is the legendary Stevie Nicks. As described by Kirby herself, “she’s a badass musical icon who changed the industry forever!” I mean you can’t really argue with that, can you?

During these little chats, I’ve been having with people, I love asking them why they got into their art. I’m going to quote Kirby here because I could not word it any better myself:

“Music was more of an emotional outlet! I never had much creative expression through music because I preferred to sing and play music to release tension and help me gain control. and unpack my mental health and emotions.”

Although she plays music for herself, Kirby has recently started getting into some modelling. If you’re lucky, occasionally, you’ll catch a glimpse of her musical talents over on her Instagram page and check out her modelling portfolio here.